A fantastical tale of endless imagination, this story follows the adventures of a young boy named Tip, who, for as long as he can remember has been under the guardianship of a witch named Mombi in the Land of Oz. One night he plans his escape to the Emerald City, stealing Mombi's powder of life. Along the way he meets with our old friends the Scarecrow and Tin Woodsman as well as making some new ones such as Jack Pumpkinhead, the Wooden Sawhorse, the Highly Magnified Woggle-Bug, and the amazing Gump. Can they escape Mombi and make it to the Emerald City? This story is as exciting and endearing today as it was when first published more than 80 years ago.

Dorothy has decided to take Uncle Henry and Aunt Em to live in the Land of Oz, with the help of Princess Ozma. As they embark together on a tour of the land, Dorothy is unaware that the Nome King, squatting in his underground Kingdom, is plotting to seize the Land of Oz. He sets out to recruit new allies to help the Nome army and burrows his way to the center of the Emerald City. Can his diabolical army be defeated by Dorothy, Princess Ozma of Oz, and their friends? In this captivating installment in the Oz series, as well as being reacquainted with favourite characters from previous books such as the Cowardly Lion, Billina the yellow hen, and the Wooden Sawhorse, we are introduced to many weird and wonderful news ones such as the Miss Cuttenclip, the paranoid Flutterbudgets, and the living kitchen utensils of Utensia.

Dorothy travels with Princess Ozma to an obscure corner of the Land of Oz in order to prevent a war between the Skeezers and the Flatheads. The leaders of the two tribes are determined, and Dorothy and Ozma find themselves imprisoned on the Skeezers' glass-covered island, which has been magically submerged to the bottom of its lake. They summon Glinda, the most powerful sorceress of Oz who, with help from several magicians and magical assistants, must find a way to raise the island and liberate its trapped inhabitants.
Publicado por Noemí en 19:06 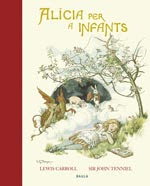 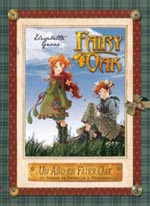